WatchGuard Technologies has developed a certified integration with ConnectWise, a leading business management platform, that provides managed security service providers (MSSPs) with one trusted source for all their managed security service needs. MSSPs are not just about end-point protection or the seemingly endless layers of security needed to stop cyberattacks – they are about integration and making managing security easier with automated reporting, service ticketing, and enhanced visibility. With the WatchGuard solution, MSSPs can now streamline their operations by delivering enterprise-grade network security that is easy to deploy and manage and includes automated service ticketing, visibility, and reporting. The WatchGuard-ConnectWise integration delivers a combination of capabilities for ConnectWise users that significantly enhances security automation and visibility into managed security services while providing a scalable and easy-to-manage solution. “At WatchGuard, we recognize that our Partners offer a complex mix of security solutions, from a variety of vendors, to many customers. It is critical to minimise and centralise the management efforts as well as automate the workflows associated with our solutions,” said Himanshu Verma, director of product management for Managed Security Services at WatchGuard.

Networking hardware giant Cisco Systems Inc. recently announced an expansion of its partnership with global telecom equipment gear provider Ericsson AB, aimed at bolstering the firms’ position to harness new corporate and public sector clients in 2017. Ericsson North American Chief Executive Rima Qureshi told Reuters in an interview that the two firms with remain on track to achieve an extra $1 billion each in revenues by 2018 through the alliance, which was announced in late 2015. Cisco and Ericsson’s partnership has generated more than 60 deals in the past year, mainly focused on telecom operator customers. In 2017, the firms will refocus on targeting enterprise and public sector clients. Amid a declining mobile broadband market, the alliance will help Stockholm-based Ericsson build out growth businesses such as data centers, Wi-Fi, enterprise security and the Internet of Things (IoT). The strengthened partnership will also facilitate Cisco’s push into emerging markets, as it sees its traditional switching segment decline. (See also: Ericsson, Cisco Ally Amid Weak Outlook.) Along with an initiative to work together in the enterprise segment, Qureshi said in a statement that the firms are “investigating what we can do together within Industry & Society, IoT (Internet of Things), smart cities and we’re going to target specific public sector segments, specifically for example transportation, utilities … And then of course we’re looking at other segments such as security.”

VMWare acquires PLUMgrid for intellectual property and some employees

VMware has acquired intellectual property and some employees from software-defined networking (SDN) startup PLUMgrid, SDxCentral has learned. The deal closed last month, a VMware spokesman confirmed. VMware isn’t disclosing further details, and there’s no word yet on which executives of Santa Clara, California-based PLUMgrid might be joining VMware. PLUMgrid Marketing Manager Waqas Khalil announced the moves in a blog posting on Friday but didn’t name the buyer. His post also reads as a goodbye message to PLUMgrid’s customers and supporters. PLUMgrid’s people are an obvious fit for VMware, as the company boasts experts in network virtualization, security, and OpenStack. VMware has been covering the first two categories with NSX, and it’s been offering its own OpenStack distribution as well. On the surface, PLUMgrid’s technology, formally introduced in 2013, might appear to cover the same ground as NSX. But PLUMgrid, while part of the early phase of startups attempting to capitalize on SDN, took a different approach from contemporaries such as Nicira (acquired by VMware) or Big Switch Networks. Rather than create an SDN controller to dictate instructions to switches, PLUMgrid created IO Visor, an I/O processor that sits in the Linux kernel and controls virtual domains for network virtualization, monitoring, and security. IO Visor has since become a Linux Foundation project. SDN and network virtualization were a playground for startups circa 2011, but the market was quickly overtaken by big-company products such as Cisco’s Application-Centric Infrastructure (ACI) and VMware’s NSX (which, of course, began its life at startup Nicira). PLUMgrid tried to broaden its prospects by offering its software as an OpenStack companion. The company also brought in Cisco veteran Larry Lang as its CEO in June 2015. The startup did manage to score some noteworthy customers. Swisscom was an investor in the company, and its IT services unit was an early customer. It also announced NTT SmartConnect, a streaming video service based on an OpenStack cloud, as a customer in 2015.

To make it simpler and easier for partners and customers to securely deploy and manage apps and desktops through XenApp and XenDesktop, Citrix yesterday (January 9, 2017) announced the acquisition of Unidesk, the inventor of the groundbreaking Windows application packaging and management technology known as layering. “Unidesk has been recognized by customers and industry analysts as the clear leader in application layering, offering multiple unique advantages that streamline secure app delivery and VDI deployments and make them easier to manage,” said Jeroen van Rotterdam, senior vice president of Engineering at Citrix. “By incorporating Unidesk technology into XenApp and XenDesktop, Citrix advances its industry leadership by offering the most powerful and easy to deploy application layering solution available for delivering and managing app and desktops in the cloud, on-premises and in hybrid deployment environments.” Citrix will continue to sell Unidesk as a standalone product for VMware Horizon and Microsoft virtual desktop deployment customers.

(This article originally appeared on Jan 1, 2017, on ESET’s WeLiveSecurity.Com website) 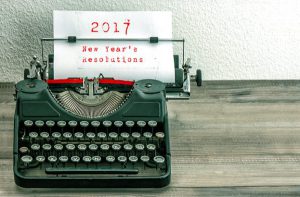 For many, the New Year is a great time for starting afresh and improving on behaviors and actions from the previous year. As a result, many of us turn our attention to New Year’s resolutions – setting goalposts for the year ahead. While losing weight, quitting smoking or hitting the gym are all popular resolutions, it’s worth giving thought to your relationship with technology too.

The problem with today’s New Year’s resolutions is that they’ve become all too complex. As Confucius said, “life is really simple, but we insist on making it complicated”.

Rather than set ourselves obtainable goals, we set ourselves too much to achieve at once. Take the popular weight loss resolution as an example; lots of people sign up to the gym in the New Year, cut out drinking and junk food, and attempt to turn themselves into the ultimate healthy eating chef. By adopting an extreme approach like this, we set ourselves up for failure. Instead, small, achievable, time-bound goals hold the answer.

1. A different kind of detox

In fact, Ofcom’s Communications Market Report 2016 found that our reliance on the Internet is negatively impacting our personal and working lives. In a study, which saw Internet users go offline for a period of time, the majority of participants reported a positive experience. A third said they felt more productive, 27% found it liberating, while a quarter said they enjoyed life more. The key to making a digital detox a success, however, is setting realistic goals. Instead of switching off from technology completely, choose one day a week to switch off. Alternatively, why not turn off all your technologies at 7 pm each night, spending your evening winding down and enjoying better sleep.

The same principles apply to cyber security. Instead of changing all your passwords on the first day of the New Year and logging out of all your social media accounts, take a longer-term approach and implement small steps.

To make sure you’re in the best shape possible when it comes to cyber security, we recommend that you:

Perhaps you decided to ditch the antivirus software a while back or maybe your subscription has run out. Whatever your reasoning for not having antivirus software, we suggest you invest in it now. Without it, you are at even higher risk of innocently downloading malware or becoming victim of a scam. As ESET researcher Aryeh Goretsky says, antivirus certainly isn’t dead.

Software updates seem to pop-up at the most inconvenient of times – but patching your device in a timely manner is essential in protecting against attack. Software updates for programs – including Microsoft and Internet Explorer, as well as your mobile devices – contain vital security upgrades, which help to protect your device.

If you use the same password for all devices and accounts, it’s time to change. Weak passwords or re-used passwords make the work of a cybercriminal easy.

Begin the New Year by creating secure, complex passwords or passphrases for all your accounts. Don’t stop at this step though. Set a reoccurring appointment in your calendar to change your passwords regularly and make password management a new habit.

6. Keep social media accounts but treat them with caution

It’s also important to be conscious of what you post on social media and to secure your accounts – you don’t want to give too much away. Announcing your birthday or that you’re away on holiday can be dangerous when the information falls into a cybercriminal’s hands.

Did you know that devices like your mobile are also subject to attack? With all internet-connected technologies at risk of being compromised, it’s essential that you applying all the same thinking and security practices to all your devices; not just your laptop.

Implementing these small but effective changes in your behavior and technology usage could make a huge difference in 2017. Remember, it’s steady, progressive steps, rather than extremities, that win the race. 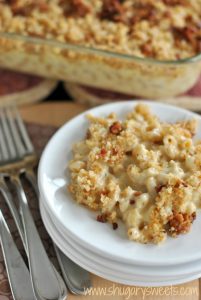 Nothing says comfort food like homemade Macaroni and Cheese! The gouda adds a creamy tang while the bacon adds a nice salty, smoked flavor! Try this at your next family dinner! 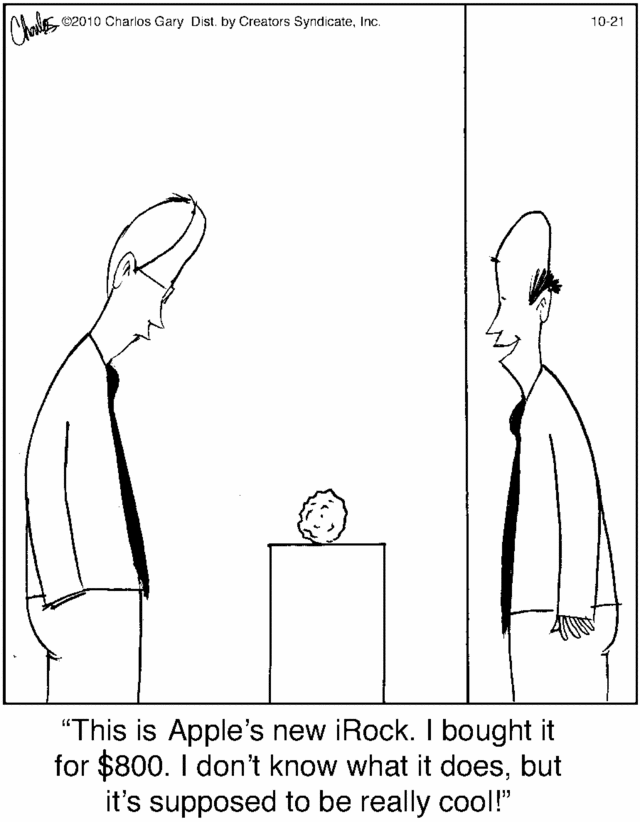