It’s no secret that ransomware attacks are on the rise. According to a Department of Health and Human Services Ransomware Trends 2021 report:

Since the attackers are getting paid, the trend is showing the attacks are not going to slow down.

“I don’t think that what we are seeing from a rise in volume perspective is going to shift anytime soon. After all this market is now a $1.5 trillion market according to the World Economic Forum. So if I’m an attacker, why would I slow down. I’m getting the ROI that I want. I’m getting those extorsions paid.”

Those are the words of Rick McElroy, Principal Cybersecurity Strategist for VMware, in a recent interview. McElroy goes on to explain that the urgency of receiving information such as medical and vaccine news centered around the pandemic created a ripe environment for criminals to take advantage of users through spear-phishing. He also points to the expanding attack surface as on-premise security solutions broke down as a global workforce transitioned to work-from-anywhere.

In many ways, cyberattacks have become a new pandemic bolted on top of the viral pandemic. McElroy’s statement on attackers’ ROI has proven true time and again. Every week we hear of new organizations being attacked and paying out millions such as the recent CNA Financial Corp. $40 million payout in late March or the highly publicized Colonial Pipeline $4.4 million payment in May. The FBI has historically discouraged but not prohibited American ransomware victims from paying their attackers.

The unfortunate reality is that many businesses end up paying the ransoms because they didn’t take proper preventative security and resiliency measures. In many cases, when discussing IT budgets and security, corporate boards and executives are not properly allocating dollars towards prevention and risk mitigation. Instead of budgeting for resiliency, they are paying out hundreds of thousands to millions in order to resume operations. According to Coveware’s Q1 2021 Ransomware Report, average ransomware payments increased by 43% from Q4 2020 to an average of $220,298. 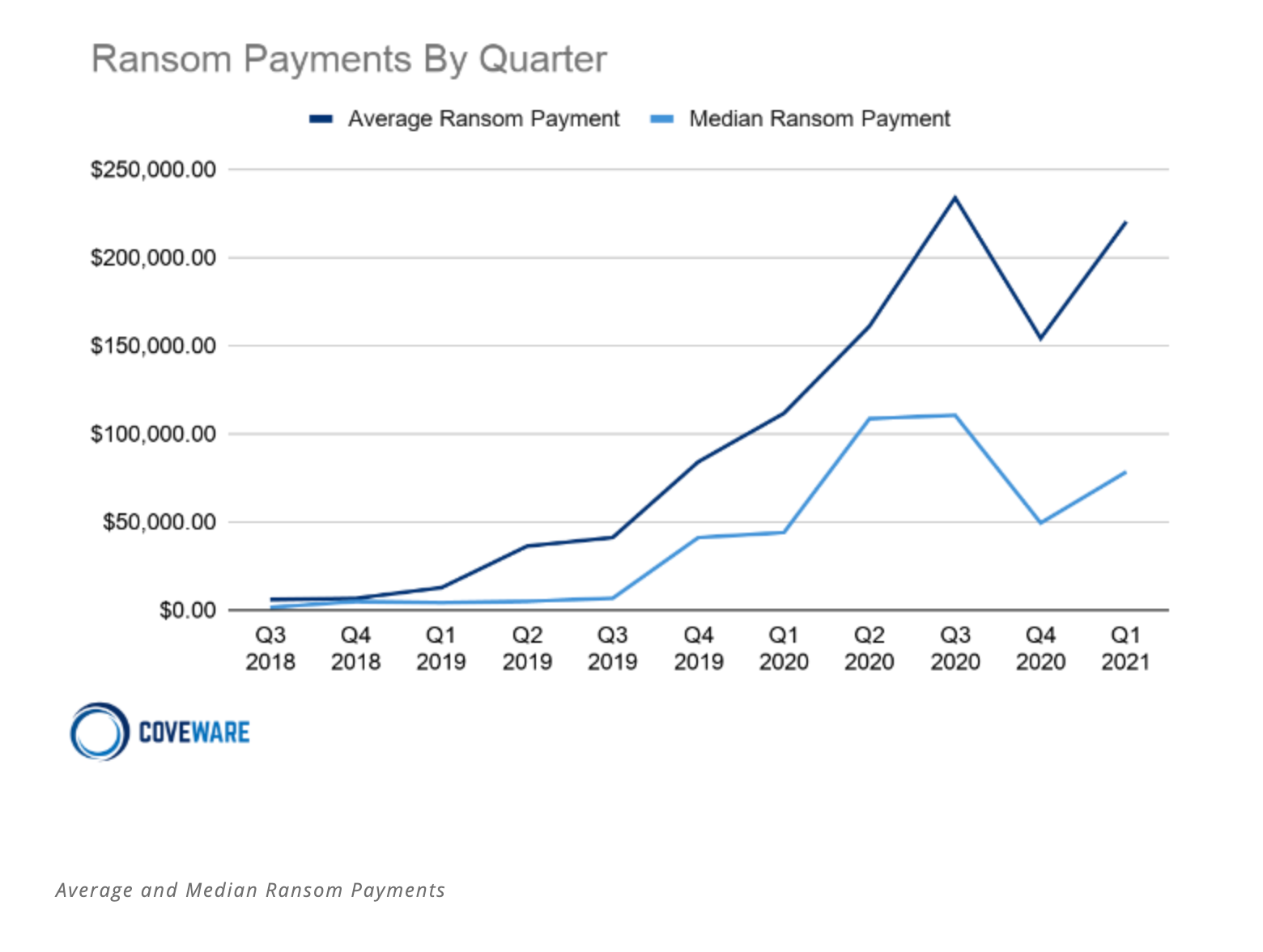 We are even hearing cases of companies keeping bitcoin on their balance sheets so they have liquidity and are ready to pay the ransom if they are attacked. According to the Health and Human Services report, the average ransomware cost per incident was $1.85 million — considering downtime, people time, device cost, network cost, lost opportunity, ransom paid, etc. With education being the hardest hit at $2.73 million average incident cost. 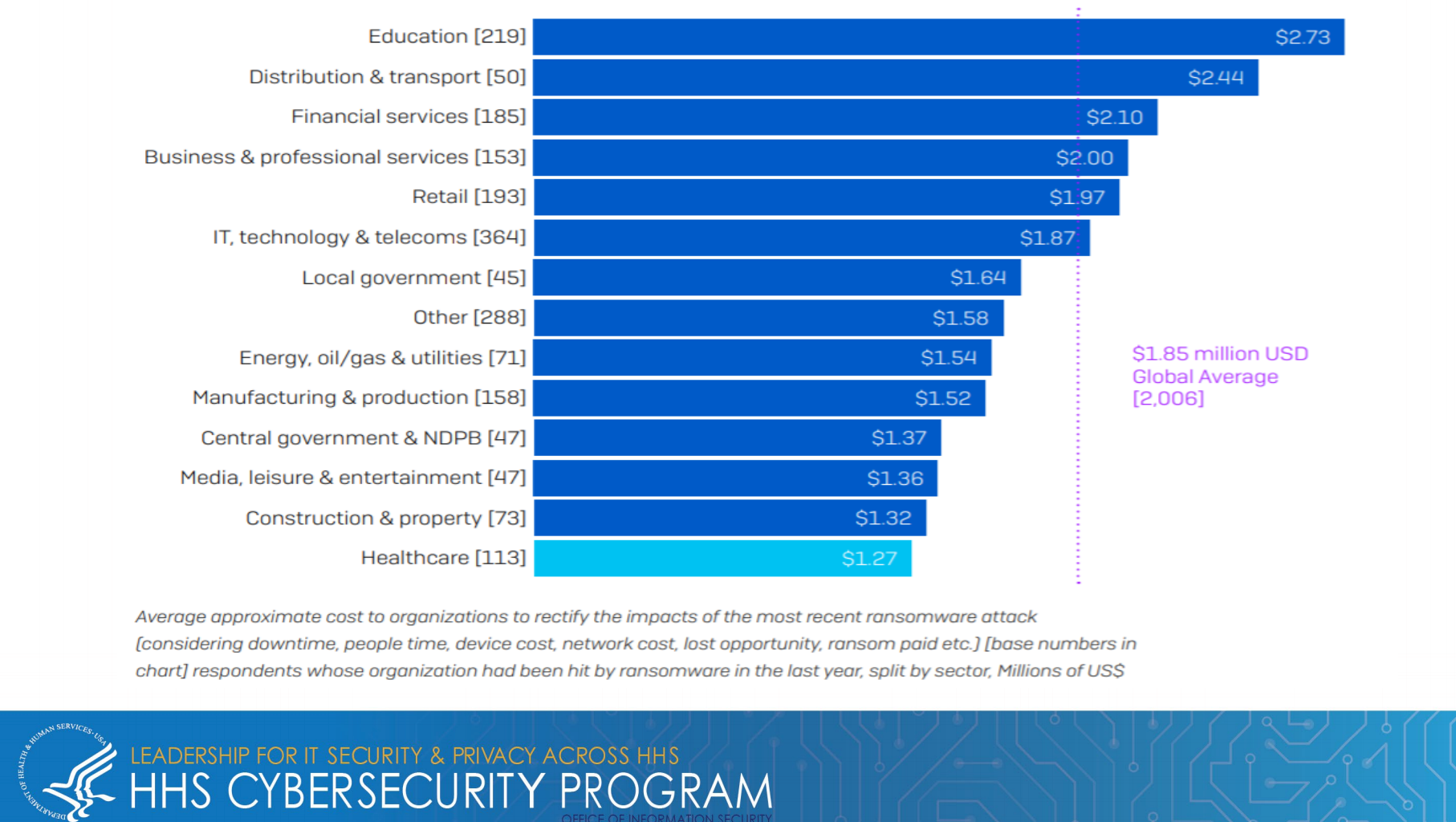