Industries Most Affected By Ransomware [Infographic]

2021 brought us a growing threat from ransomware along with the largest attack in history affecting over 1,500 businesses. Even the Washington D.C. police were targeted in attacks. This followed a year in which 34% of healthcare organizations were hit by ransomware. So which industries were most affected by ransomware in 2021? Thanks to the statisticians at Statista, we have the preliminary 2021 results through November 1 below.

Data from security firm Blackfog shows that from January to November of this year, 244 ransomware hacks were publicized, an increase of 25 percent compared to the same period in 2020. While this number may seem low at first glance, Blackfog’s data is focused on initial targets made public by hacking groups and the victims coming forward themselves. The number of systems affected in what were mostly so-called supply chain attacks are not listed in the site’s reporting. Those kinds of breaches have become the norm and can affect thousands of businesses via one access point, as was the case with the Kaseya hack. Even though the breach at the tech company was one of the more higher-profile cases, the majority of the publicized cyber attacks with ransom demands hit different sectors like healthcare, education or services. Most of those hacks occurred in the government sector with 47 publicly addressed instances. Among the victims were the cities of Angers in France, Liege in Belgium and Tulsa, Oklahoma, as well as government bodies in the UK, Germany, Italy and India. 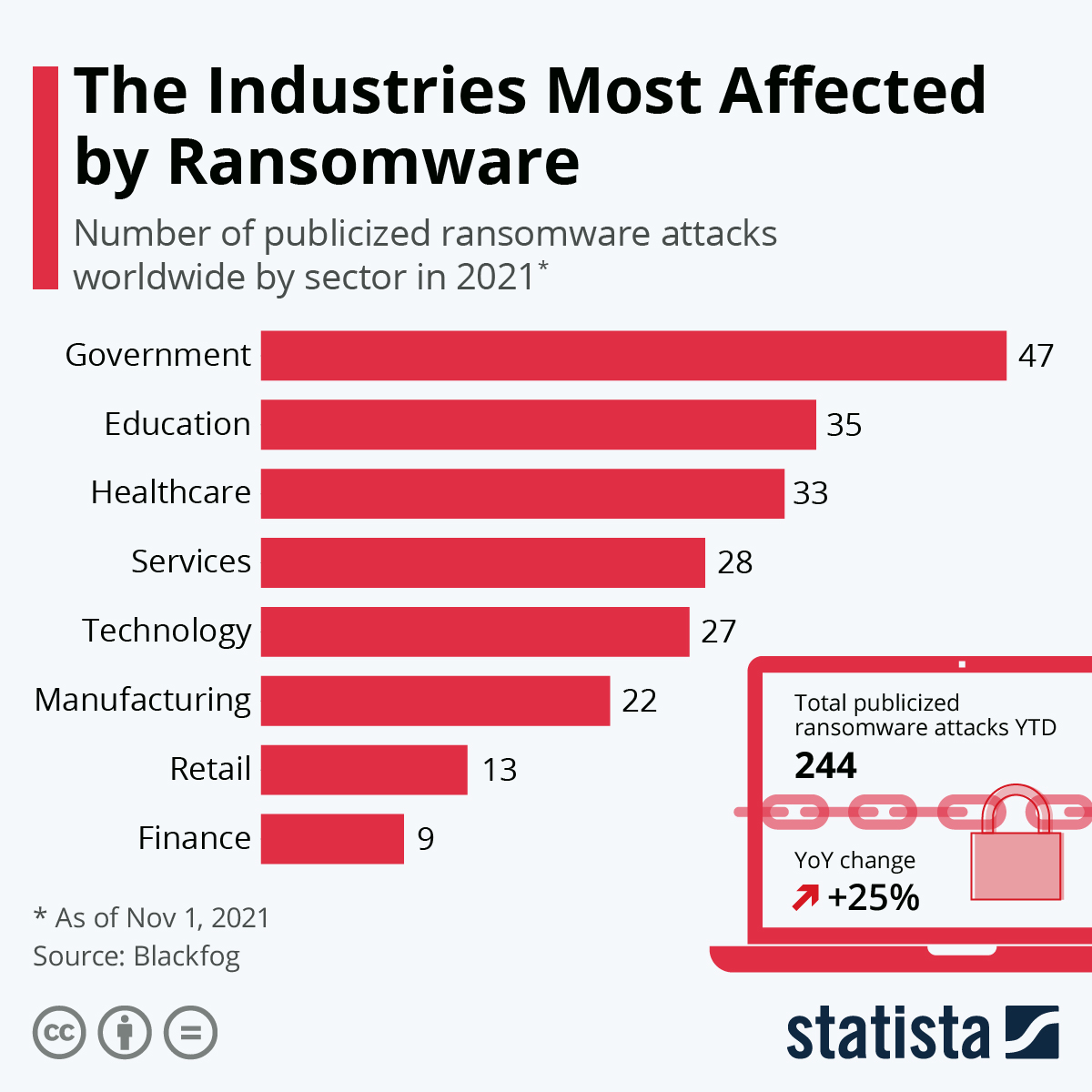