You won’t want to miss our 15th Anniversary party, a chance to celebrate with us with good food, good drinks, keynote speeches, and some surprises to come. Please block off your calendar from 3:00 p.m. to 10:00 p.m. on Thursday, October 12, and stay tuned for more information coming soon!

On Tuesday, June 20, the WatchGuard team came to the Twin Cities with their Wi-Fi Road Show, and Verus was their selected co-host for the event. The event highlighted their new Wi-Fi solutions, designed to both offer state of the art security, and highly granular analytics and tracking for those businesses wanting to be able to offer special discounts or track their customers/clients using their guest Wi-Fi network.  The presentation was held at Wildfire Bar and Grill in Eden Prairie, MN.

Those in attendance were able to see a live hacking demonstration to show how easy it is for cyber criminals to get all of your login information and credentials to your key websites (financial, banking, social media) by setting up a “fake” wireless network.

If you’d like to learn more about WatchGuard’s Wireless Intrusion Prevention System (WIPS) or their analytical/tracking capabilities, contact Verus at sales@veruscorp.com, or call your business development manager.

Ransomware the topic of June 6 event at Pinstripes in Edina 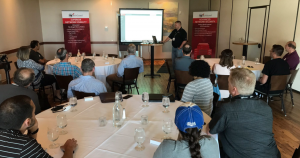 Verus co-hosted an event on June 6 at Pinstripes in Edina that focused on the threats of ransomware, and the best practices out there to prevent becoming a victim of an attack. The event concluded with a social hour. While this event served as an overview, a follow up workshop will be held in the next few months for attendees to have a more hands-on approach with their ransomware prevention techniques.

The next event will be held at the Verus offices, with a date and time to be announced soon. Attendees will be able to dive deeper into the various functions of their Next Gen Advanced Firewall settings, and learn some practical steps to implement best practices for network security. Stay tuned for more information!

The Minnesota Medical Group Management Association (MMGMA) was founded in 1951 and is one of the largest state associations in the United States. MMGMA represents hundreds of members statewide. The MMGMA is able to offer its membership advocacy, education, information, and representation.

The MMGMA annual conferences attract hundreds of members, and business partner exhibition allows attendees to compare services and products that may help in the efficiency and effectiveness of their practice operations. The two annual conferences also give opportunity and exposure to continuing education.

Changes ahead for storage solution options: What is best for you? 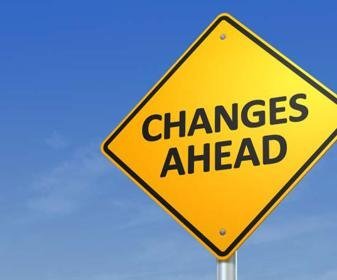 By 2019, 20 percent of high-end storage arrays will be solid-state (flash) arrays, according to a recent Gartner report. This signals what will amount to a tremendous change in the data storage market for companies large and small. More and more companies are making the jump to flash-based storage arrays.

The reason? The relatively new technology flash-based SSD is known for lower latency while using less capacity and physical space. This leads to increased productivity and decreased capital expense, which means money savings for lower power consumption and the capability of consolidating more applications onto fewer servers.

Because in recent years the flash-based media costs more per gigabyte than HDD, companies used SSD primarily for their high performance applications, or for specific application data that was vital to the organizations.

The price for SSD has been dropping quickly, and when combined with new technologies to help make SSDs run even more efficiently, the flash-based storage arena is getting bigger. The better prices, combine with improved performance and a better user experience, and suddenly flash storage begins to have an ROI that makes CFOs happy.  The question then becomes, which type of flash deployment is right for you? The three deployments of flash storage including traditional Hybrid Flash Arrays, All-Flash Arrays, and the newer class of Converged Flash Arrays.

Traditional Hybrid Flash Arrays storage systems combine flash media with HDDs, using block-level tiering to help deliver improved performance at a similar cost to HDDs. All-Flash Arrays are just what they sound like, using only SSDs to give low latency and the best performance. When you factor in deduplication and compression, All-Flash Arrays can begin to bring the cost down to HDD levels. Converged Flash Arrays, the newest of the bunch, features a combination of SSD and HDD technology, with a flash-first design, allowing for greater scalability and giving you the ability to keep some of your data that ages on a spinning drive.

So the next step is determining which flash is right for you, if at all. Below are some summaries of the three flash array types from ComputerWorld to help you determine the best fit.

Available for years, the goal of this type of system design is to get the performance of flash while using premium flash-based media sparingly so you can lower total cost and also tap in to the larger capacities available on HDDs. Most disk arrays include auto-tiering capabilities to tap into solid state drives (SSDs) as premium data tier. Hybrid flash arrays offer a price per GB that is generally more than HDD-based storage arrays, but far less than all-flash storage arrays.

The challenge with some hybrid arrays is that they aren’t appropriate for all workloads because they do not deliver predictably high service levels and low latency. If data is on flash, then life is good, but if application data sits on an HDD tier, this can result in lag time for end users. This is because hybrid arrays use different algorithms for balancing data placement across flash and HDDs. How well these algorithms work often isn’t known until the array is used in production. Also, over time, the efficiency and effectiveness of data placement may vary when application workloads change or more data is added to the storage array.

One recent variation that has been deployed for arrays that support flash caching is combining auto-tiering with flash as a cache. By adding flash as a cache, some of the challenges around auto-tiering can be mitigated. This way, data in a cache can be quickly accessed by the host even if it’s in a cold tier.

When performance matters most, nothing can beat an all-flash array built on a flash-optimized architecture. All-flash storage can deliver consistent performance without compromising resiliency, scalability, or data mobility, when combined with the right data services.

Don’t get fooled by the higher initial costs of flash. As a report from IDC put it: “Solid state is a more expensive storage medium compared with hard disk drives on a raw dollar-per-gigabyte basis ($/GB) but can be significantly more cost effective on a $/IOP basis. When solid-state storage is intelligently integrated into a system with storage optimization technologies, storage vendors lower the acquisition cost and total cost of ownership (TCO).” This lower cost is referred to as the “dollar per usable gigabyte.”

There can still be a performance bottleneck depending on the system design. This is why filling traditional dual-controller arrays designed for HDDs with flash drives is not the best idea. You will overwhelm the ability of the storage controllers to keep up with the SSDs, resulting in architectural bottlenecks that throttle performance. Newer flash arrays may vary widely, not just when it comes to performance, but also in the consistency and predictability of that performance. Multi-controller, scale-out designs are popular as they provide a greater ability to keep up with performance demand.

A newer concept in the flash world, the converged flash array is a category of all-flash array that can accommodate disk media as well. By utilizing a flash-first design and associated data efficiency technologies to reduce the cost of flash, organizations are putting complete applications and data volumes on flash and leaving them there. However, for secondary applications and older data, sometimes enterprises want HDDs within the same system.

The ability to deliver both in a single system offers the performance and latency of an all-flash array, the affordability of a hybrid array, the agility of a unified array (with support for block workloads, file shares, and object access), and the scale and resiliency of a high-end array when the right data services are applied.

One thing is certain, if one of the above flash storage arrays aren’t on your radar, they likely will be soon.

If you would like assistance in determining the best option for you, contact Verus at sales@veruscorp.com, or call your business development manager.

On July 10, WatchGuard announced the release of their Internet Security Report for Q1 2017. Each quarter, they examine data from our UTM appliances around the world in order to analyze the latest computer and network security threats affecting small to midsize businesses (SMBs) and distributed enterprises. In their latest report, they evaluate the quarter’s top threats, provide an analysis of the CIA Vault 7 leak, feature new research on IoT cameras and deliver key defensive learnings for readers. Some of the report’s top trends and highlights include:

VMware’s business since the company’s birth has been rooted in virtual machine hypervisor technology. The emerging world of containers, broadly referred to by some as “cloud-native computing,” isn’t seen by some as a competitive threat to VMware, though that’s not the view taken by VMware executive Paul Fazzone. Fazzone is the general manager of Cloud Native Apps at VMware and is tasked with helping to lead the company’s strategy and business in the container market. VMware’s strategy for cloud native includes product portfolio elements for both existing VMware vSphere customers as well as non-vSphere customers. VMware’s vSphere Integrated Containers (VIC) was first previewed back in August 2015 and is currently at the 1.1 release. “The right way to think about vSphere Integrated Containers is as a fairly seamless extension to the vSphere and vCenter operator experience that hundreds of thousands of customers around the world already use to deploy their virtual machine workloads,” Fazzone told ServerWatch. “vSphere Integrated Containers allows those customers to have the same deployment and management capabilities, but for containerized workloads.”

Last month, Cisco announced the launch of a completely new “intent-based” network that will be able to detect malware when it’s hidden in encrypted traffic, something it claims no other company can do. The new technology could make it harder for cyberattackers to carry out attacks against organizations using Cisco gear. “We’re ushering in a new era of networking that’s powered by intent, informed by context and over time continues to adapt and learn,” Cisco CEO Chuck Robbins told CNBC’s David Faber on Tuesday. “This is a seminal moment in networking.” Cisco claims this new intent-based software, Encrypted Traffic Analytics, is the most advanced way to target anomalies across billions of devices and data. ETA is able to detect pattern abnormalities within encrypted traffic without compromising privacy, Cisco says. The software, which will be offered as a subscription service, is currently in field trials with 75 customers, and according to Robbins, is 99 percent effective. 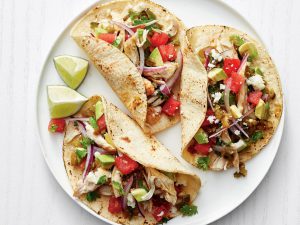 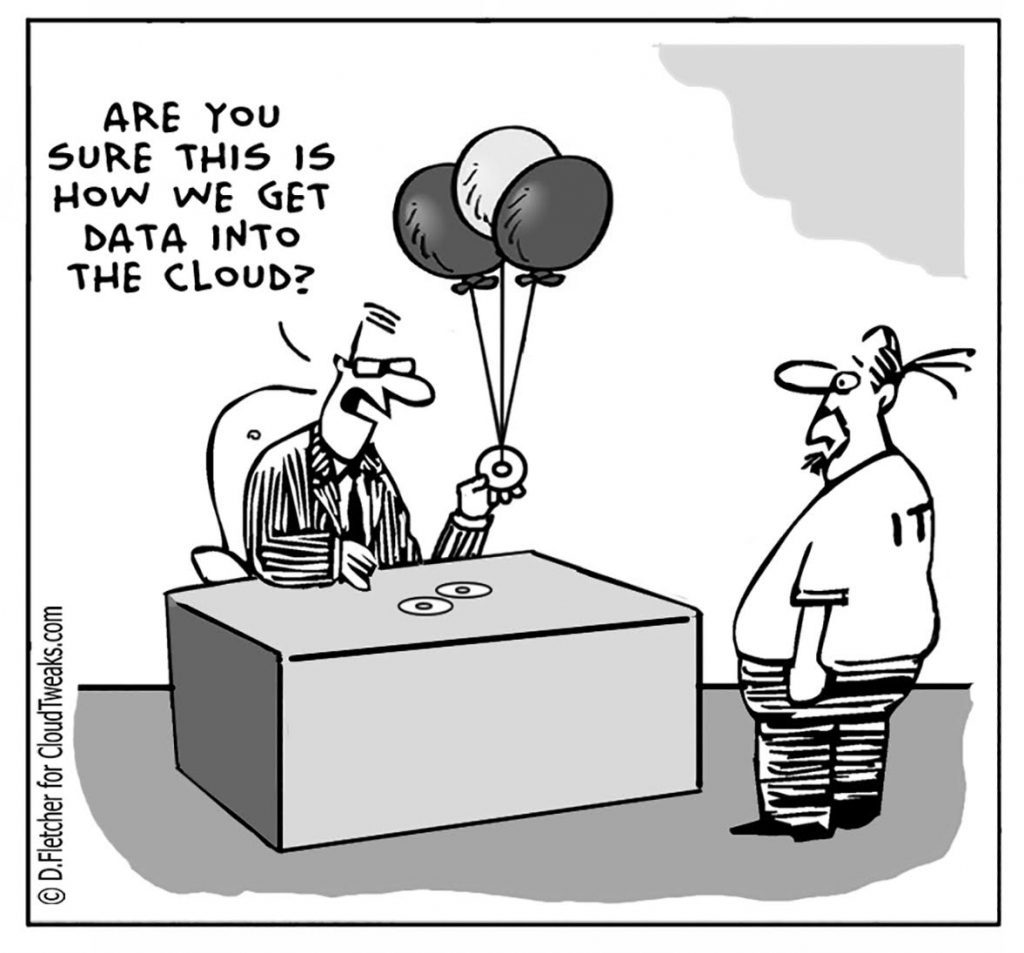